The RSHA, or Reichssicherheitshauptamt (Reich Security Main Office) is an German SS organization subordinate to the Reichsführer-SS in his dual capacities as Chef der Deutschen Polizei (Chief of German Police) and Reichsführer-SS. The organization's stated duty was to fight all "enemies of the Reich" inside and outside the borders of Nazi Germany.

It is Germany's leading law enforcement and national security organisation.

The RSHA has a complex, and bureaucratic organisation. Here are the main components of the RSHA:

All officers of Amt III, Amt IV, Ant V, and Amt VI are given status as Europol officers, giving them police powers over the entire European Union

The Sicherheitsdienst (Security Service) is Germany's counter-intelligence organisation, and the intelligence arm of the NSDAP. It's task is the "neutralisation of opposition and spies". Its primary role inside Germany is countering foreign intelligence agents, and countering "major opposition" to the National Socialist state. This is done by the Inland-SD (Amt III of the RSHA). The Ausland-SD (Amt VI of the RSHA) is responsible for monitoring dissidents and refugees outside Germany.

The Geheime Staatspolizei or Gestapo (Secret State Police) investigate dissent against the Reich. The most concise summary of the Gestapo's role is "if it's too small for the SD, its handled by the Gestapo". They deal with activist groups, Jews, and agitators. They also deal with "anti-social" behavior. The Gestapo was retrained and reorganised in the 1950s. Their previous emphasis on arrests, torture, and sending people to concentration camps was replaced with "disintegration measures". These measures were developed by Erich Mielke and drew on experience gained with the Soviet NKVD. The new measures were intended to psychologically destroy enemies of the Nazi state. The new measures would not provoke active resistance, and could be plausibly denied. "Disintegration measures" included secretly breaking into the homes of dissidents and interfering with the contents, spreading rumours, sabotaging vehicles (generally non-lethal, as lethal tampering would be investigated by the Kripo), creating compromising photos, mysterious deliveries (pornography was a favoured delivery, frequently left with neighbours). Arrest was generally reserved for the most active dissidents. These measures had the side effect of reducing the operating costs of the concentration camp system.

The Kriminalpolizei (Kripo, Criminal Investigation Police) are Germany's detective force. They usually operate in plain clothes. When in uniform, they wear standard SS uniforms with the sleeve insignia "KP". For the most part, they function as any other detective force. The Kripo investigate crimes such as rape, homicide, robbery, and fraud. Among the sexual "crimes" investigated by the Kripo are sexual relations between Germans and non-Germans. 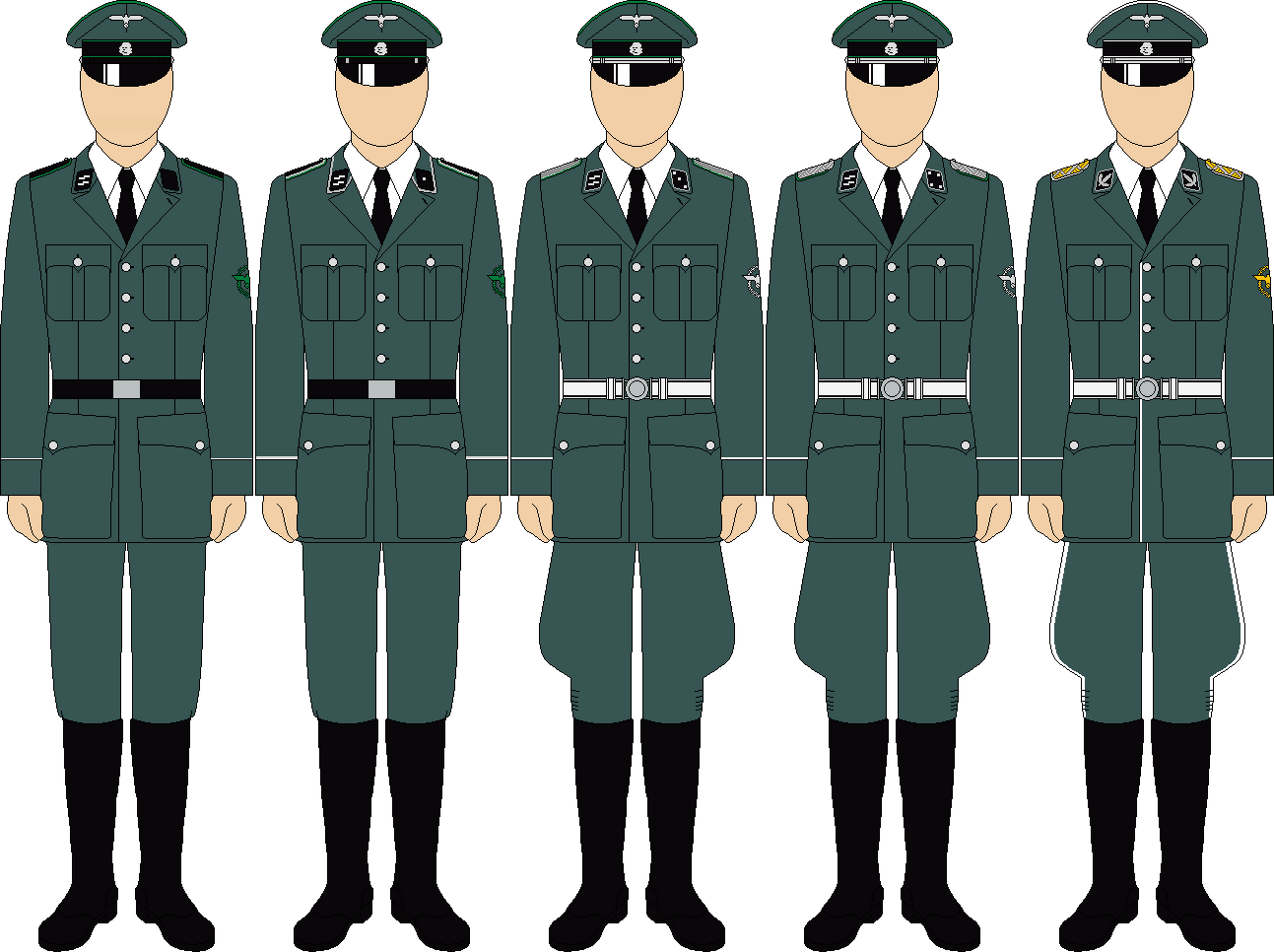 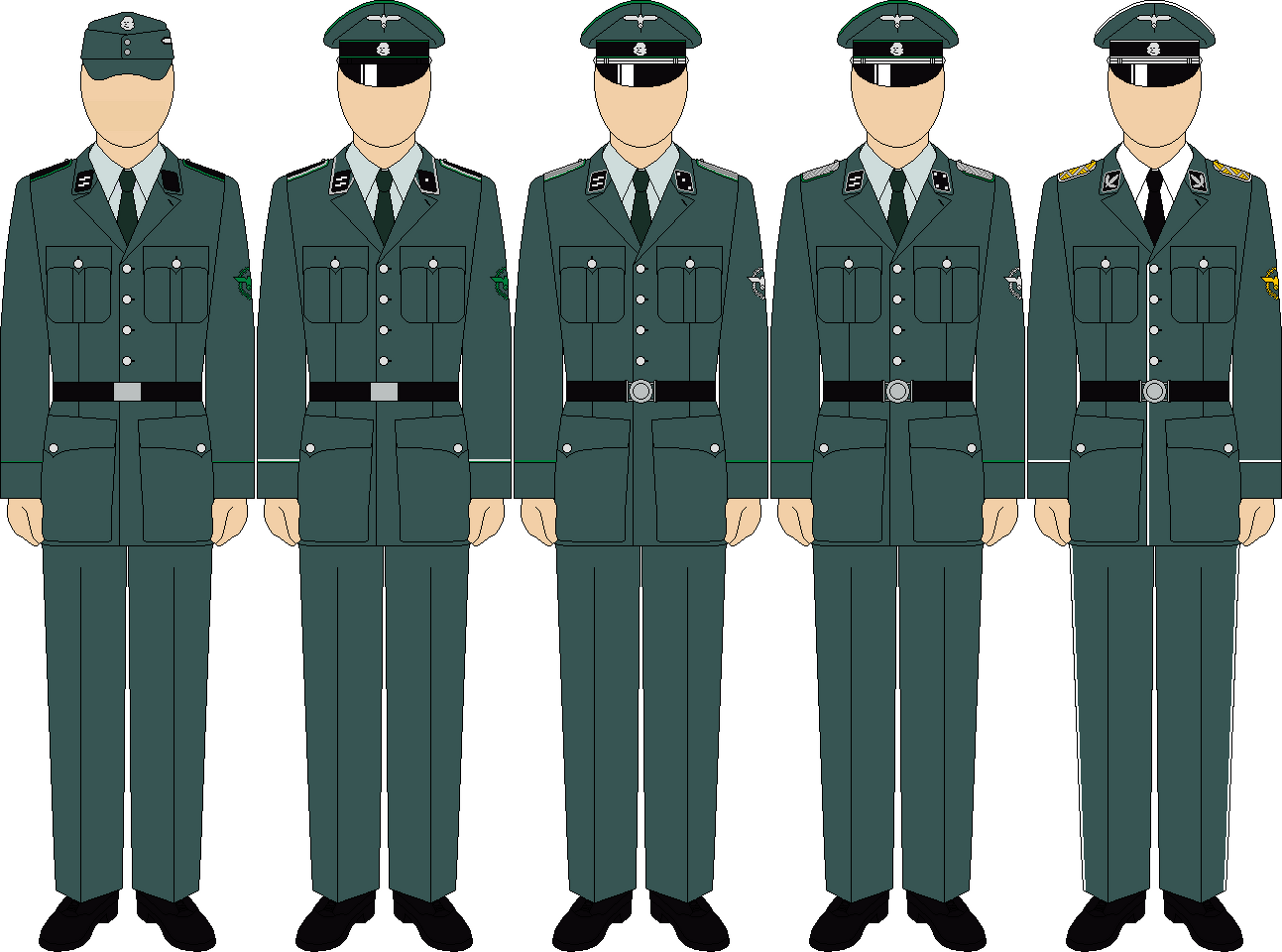 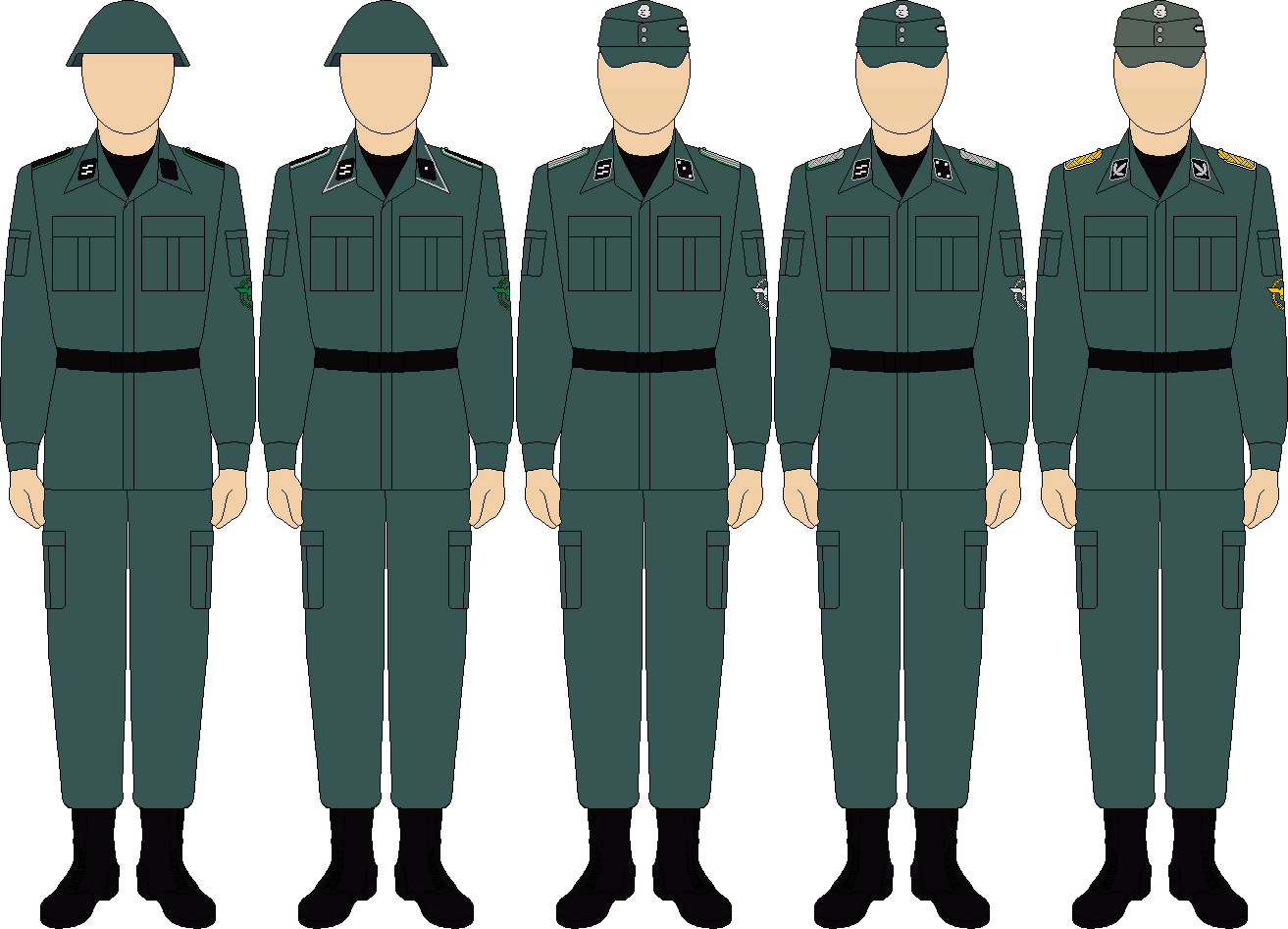 Utility Uniform - Worn during normal operations. Protective and load bearing equipment can be worn over the uniform. 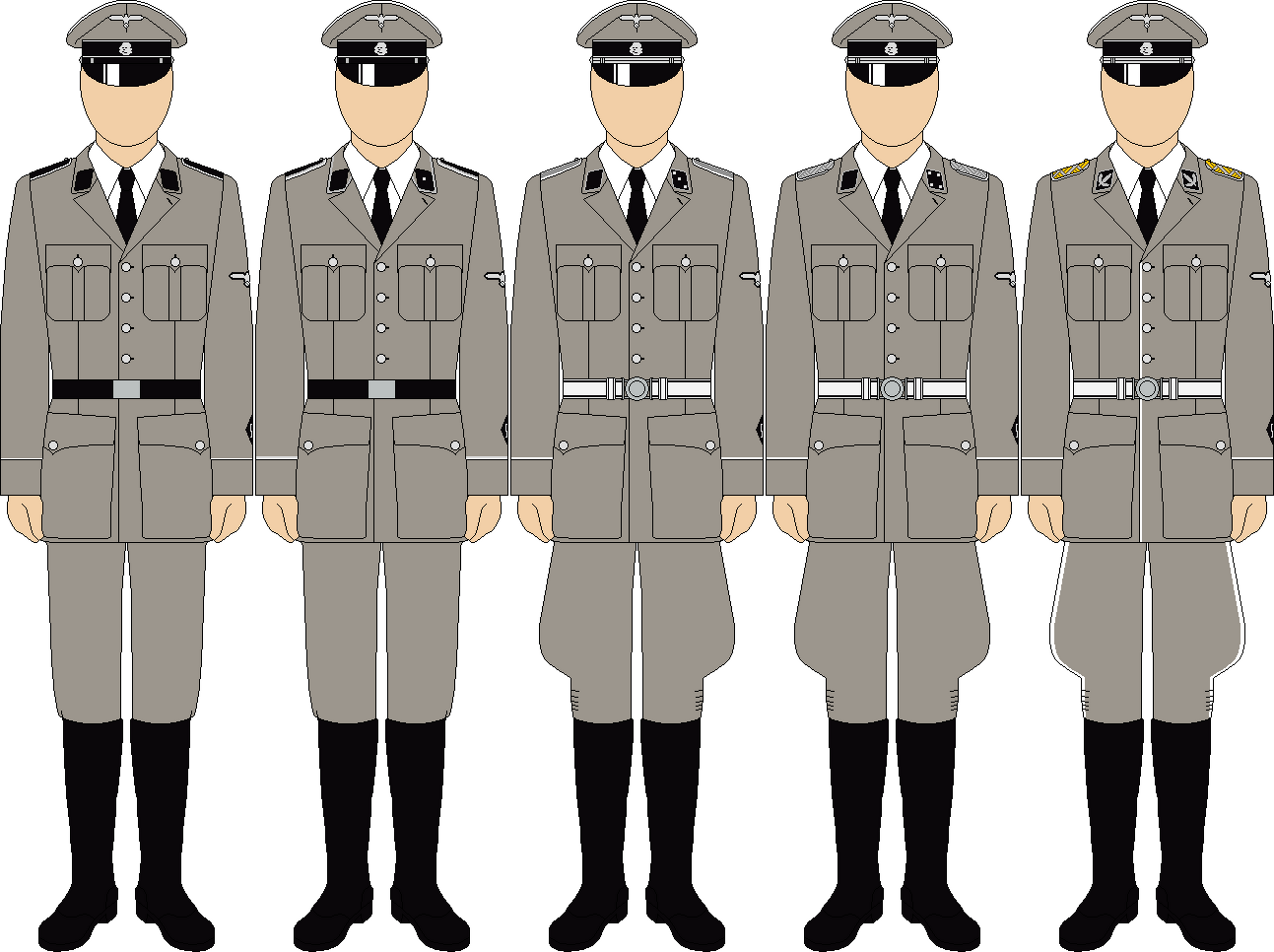 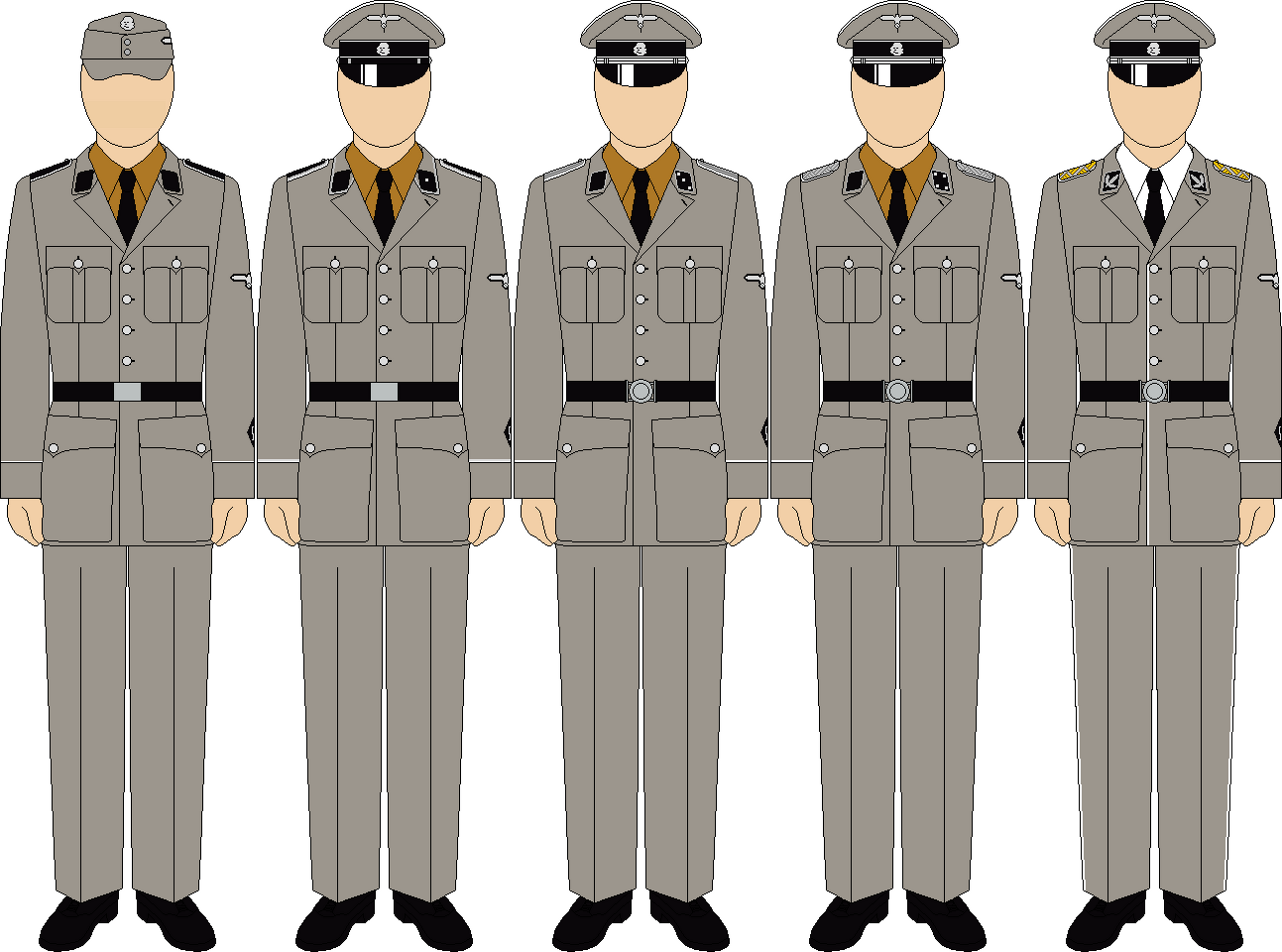 German vehicle brands such as VW, Audi, Mercedes Benz, and BMW are preferred by the Police. German police forces outside Germany also use non-German vehicles, locally-designed Skoda vehicles in the Protectorate, or FIATs built in Poland by PZInż. The Verkehrspolizei favour high-performance BMW 5-series sedans and motorbikes for policing Germany's Autobahnen. The Eurocopter Ec 135 is beginning to replace the older Bolkow Bo 105. Mercedes Benz G Class four wheel drive vehicles are the favoured vehicles of the Border Police, and the Gendarmerie.

Community content is available under CC-BY-SA unless otherwise noted.